Wherever your journey has taken you, you are always a part of this community.

Grymes has launched generations into lives of joyful learning. For many, the lessons, skills, and character traits built here last a lifetime. Our school will remain strong with the backing of a community of alumni, parents, and friends. If you have not been in touch for a while, please take time to reconnect with Grymes. We would love to hear from you and share information about alumni events and publications. You can also check out recent and upcoming events below. 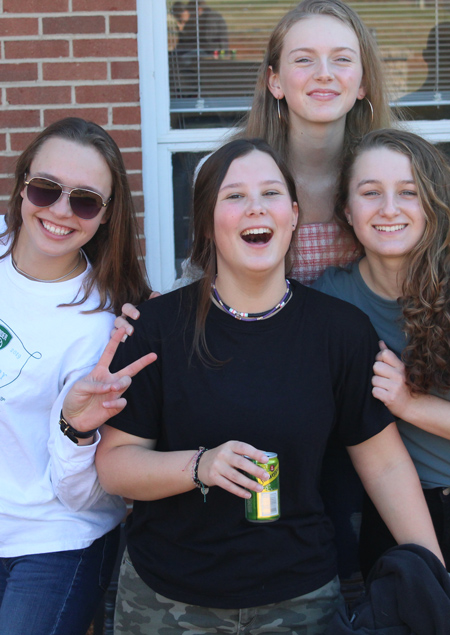 Each year we can barely wait to find out who we’ll see! It is always wonderful to welcome graduates back to Grymes. During Young Alumni Day, we provide lunch and a chance to say hello to friends, old and new, and the traditional Q&A session; a chance for our graduating class to ask questions and alumni to share their advice. This year we welcomed alumni back to campus for an in-person event and we were thrilled to introduce Ayana Braxton ‘10 as our Guest Speaker. You can read the transcript of her speech here. We can’t wait to see you all next year! 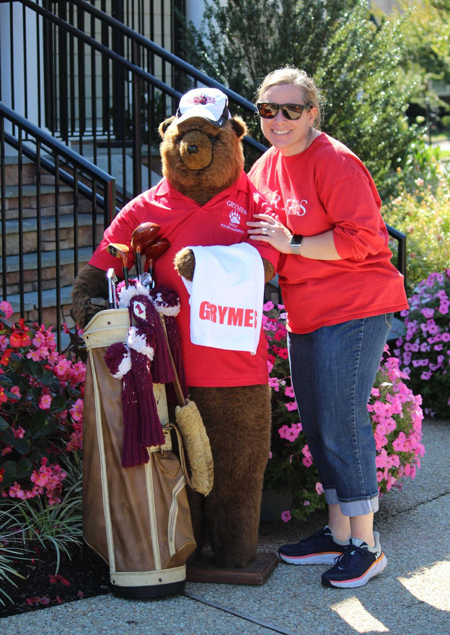 Swing for the School

The 15th annual Swing for the School Golf Tournament takes place at the beautiful Fawn Lake Country Club in Spotsylvania, Virginia, an Arnold Palmer course considered to be one of the best in Central Virginia.

All proceeds from golf and sponsorship will benefit The Fund for Grymes, funding scholarships, faculty salaries, program, and operating costs – all the great things that make the Grymes experience possible! Register as a single player or team up and join the fun. We hope to see you there! 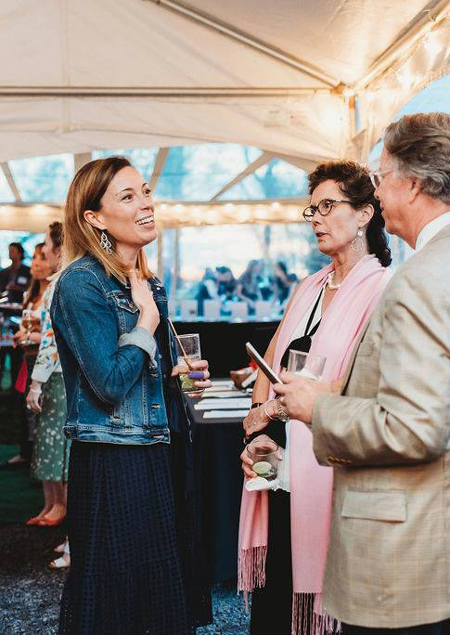 Whether virtual or in-person, the Grymes Gala & Auction is one event you won’t want to miss! It is always an evening to remember – filled with live music, fantastic auction items, signature cocktails and delicious fare… and of course, wonderful company. 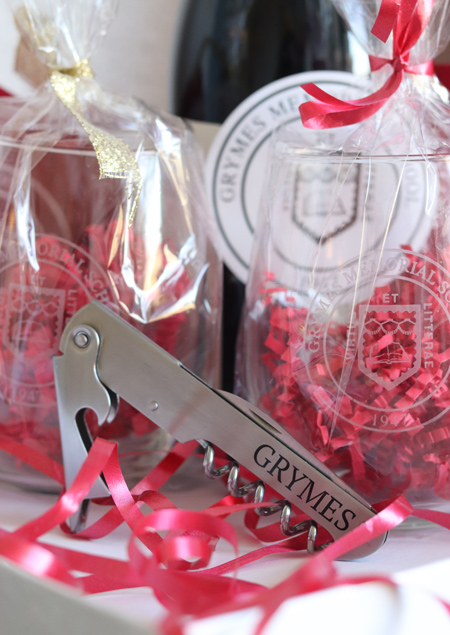 Seventy-five years strong, and we just can’t wait to celebrate… all year long! We’ll share details with you soon. 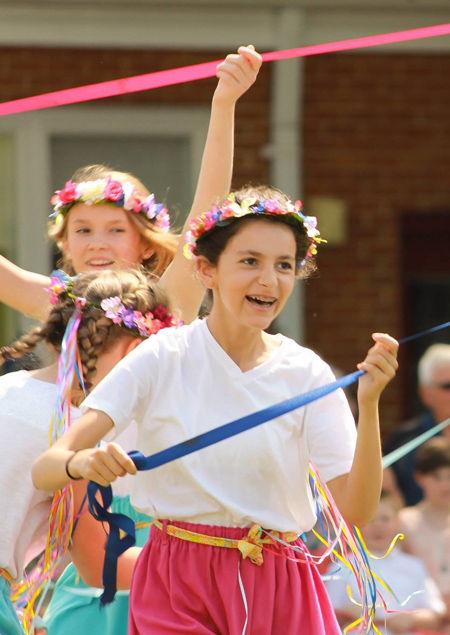 Each spring, we invite the grandparents and grandfriends of Grymes students to campus for a fun and inspiring morning event. Grandparents and friends are invited to visit classrooms, enjoy music, meet teachers and friends, and explore student artwork. To close, everyone assembles outside in the Circle for the traditional Maypole Dance performed by 7th and 8th grade girls.

Once a Grizzly, always a Grizzly! No matter where you are today, you can stay up to date on all things Grymes. Follow us on Facebook and Instagram, read the latest issue of The Grapevine, or use the form below to tell us what you’ve been up to since graduating. You can also make a gift to support current and future students.
MAKE A DONATION
LIKE US ON FACEBOOK
FOLLOW US ON INSTAGRAM 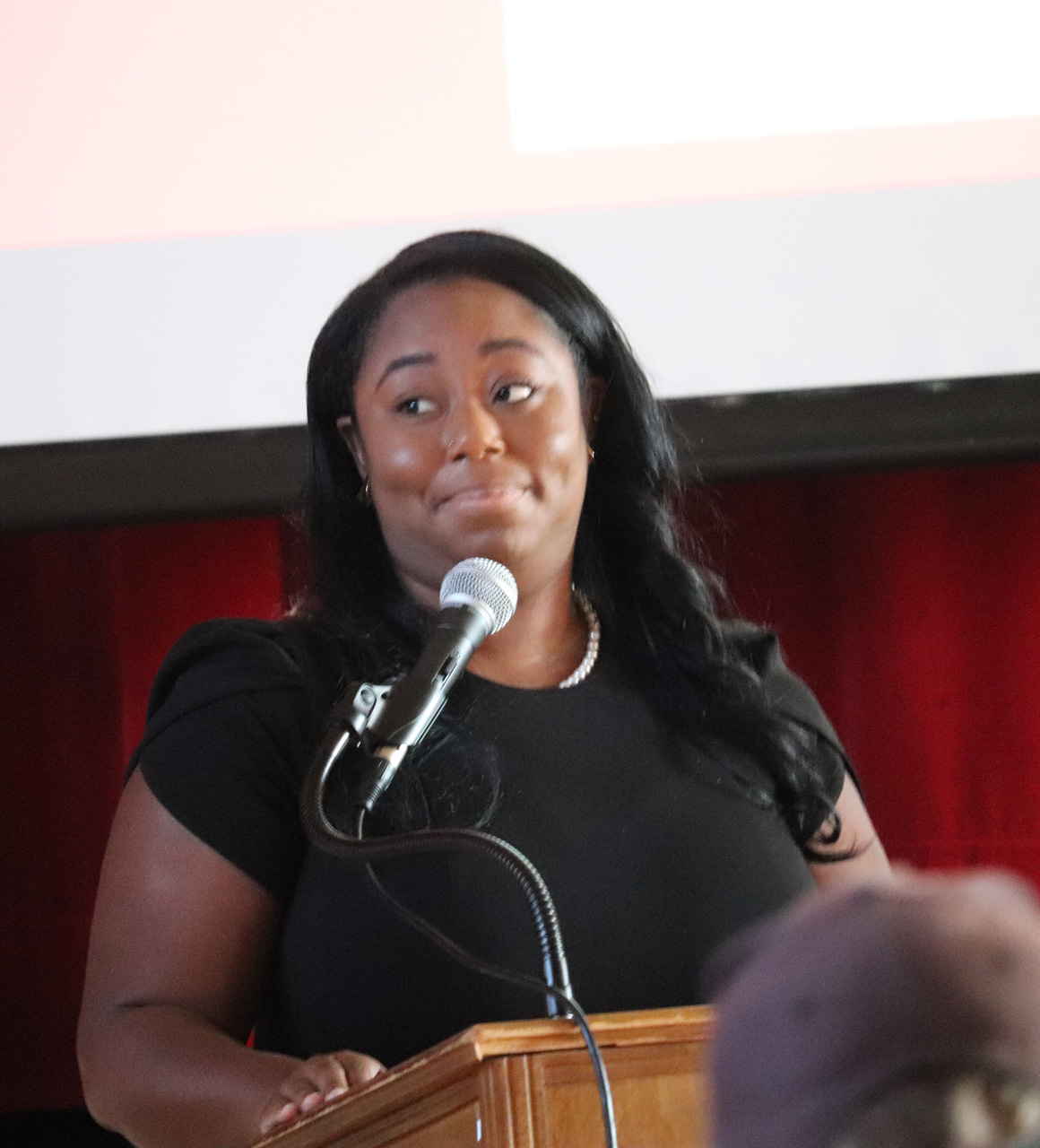 This year’s Alumni Day’s guest speaker was Mrs. Ayana-Braxton Thurston from the Class of 2011. Ayana came to Grymes in the 6th grade and did not have the smoothest transition to the school. But she persevered, and her efforts paid off. Here are a few excerpts from her speech.

“Life will sometimes feel like a never-ending fight. The punches, jabs, and hooks will come in the form of challenges, obstacles, and failures. Yet if you stay in the ring and learn from those past fights, at the end of each round, you’ll still be standing.

“… After I graduated from Grymes in 2010, I attended Orange County High School and was accepted into the Blue Ridge Virtual Governor’s School program that they offered. As I began my courses there, I realized that Grymes had definitely given me the upper hand in public speaking, course work, and how to effectively communicate with my teachers…Grymes actually laid down the foundation for my entire life.

“… As my years at high school came to a close and I embarked on my journey as a first generation college student, it was Grymes that I had to thank for what I had become. When I started at VCU, I knew in order to get the best out of my experience that I had to get involved. I quickly became a key leader on the campus which required skills that I know I wouldn’t have possessed if it weren’t for Grymes.

“… After I graduated from VCU, it took me approximately a month to receive an offer at my current government job. I went through an extensive hiring process and wasn’t sure if I was qualified or not because one requirement was to have five years of experience in which I had zero.

“On my first day, my supervisor let me know that they favored me over the other candidates despite their level of experience because I was able to elaborate on multiple experiences that demonstrated my resiliency throughout my interviews. At that moment, I wanted to call Grymes, specifically Ms. Bost and thank her for teaching me the importance of being confident and strong whether it was in my speech at Declamation Day or a role in a play.

“I share all of this with you all to say that you have been given the opportunity of a lifetime to have received an education from Grymes Memorial School. It doesn’t matter if you’ve been here since Pre-K or 7th grade, you are guaranteed to have learned a valuable lesson that will stay with you for the rest of your life.”

Ayana has been working on her masters degree at Liberty University while being enrolled in the Master of Public Administration program at Virginia Tech where she holds a 4.0 GPA. We are so moved to know that Grymes played a part in her success! 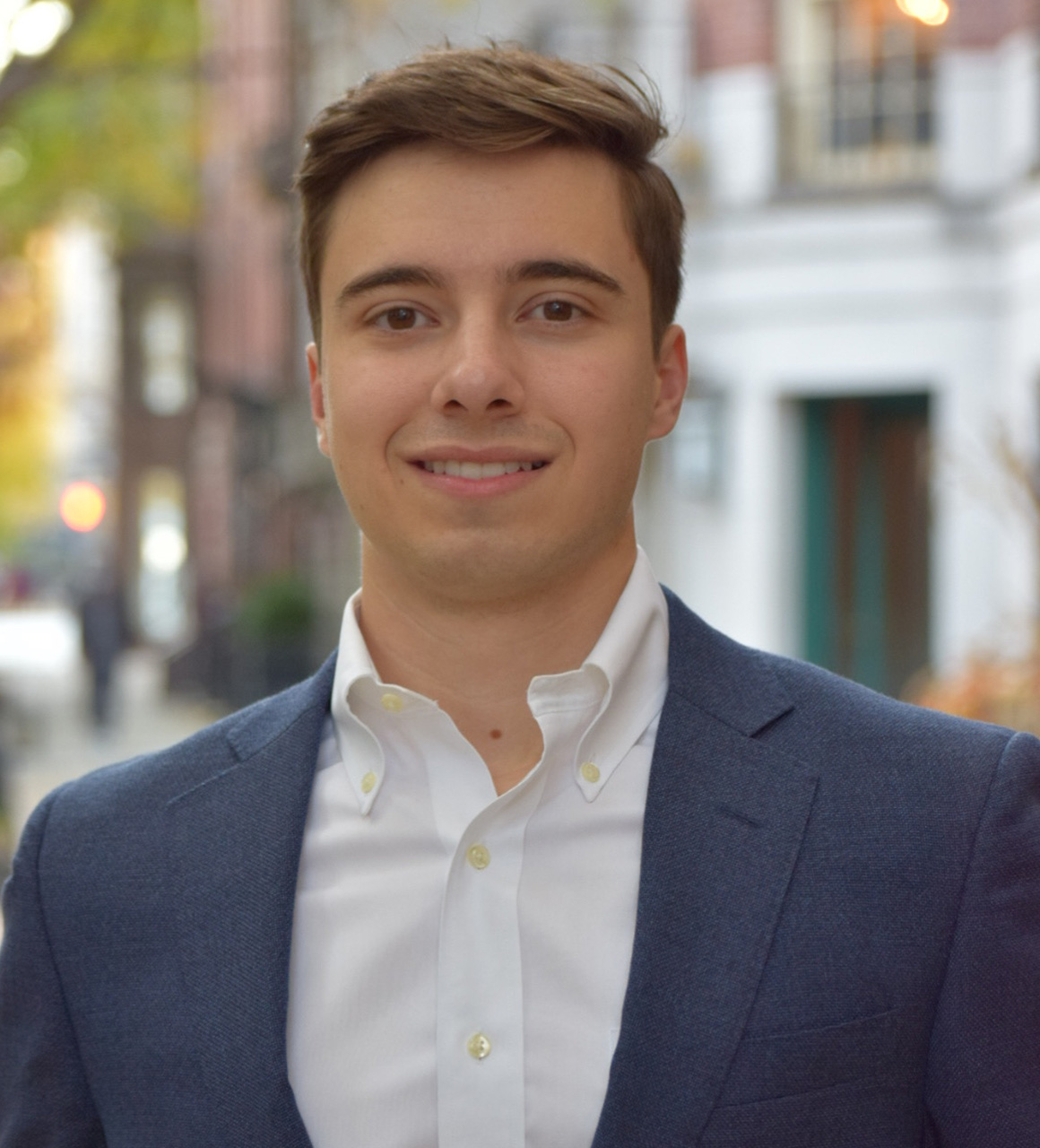 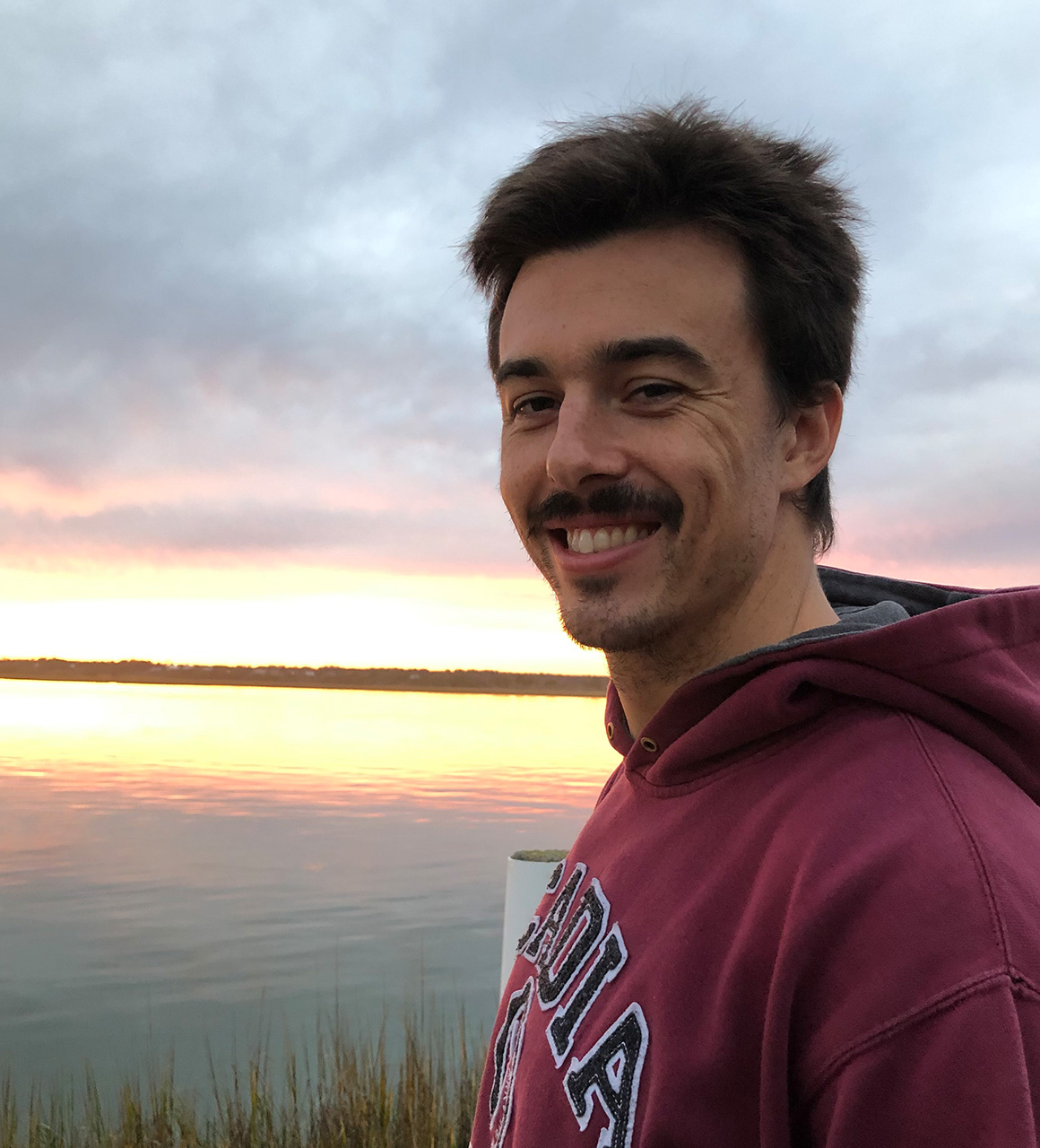 Wilson recently successfully defended his Ph.D. thesis entitled, Design Principles for Manipulation with Astrictive Contact, which involved the creation of several different robotic hands through the Department of Mechanical Engineering at Stanford University. Funding is provided by the National Science Foundation and the Toyota Robotic Institute. 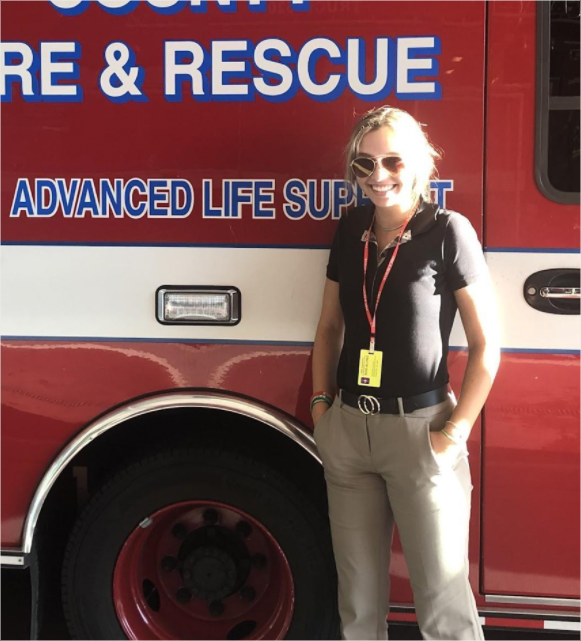 Over the last couple of years, Sasha has developed a keen interest in a future career in medicine, so this summer she sought out opportunities to expose herself to hands-on experience in a medical practice setting. One aspect of medical practice she did not think of was emergency medicine until she came across the possibility to go on a “ride-along” with the Emergency Medical Service team at the Prince William County Fire & Rescue in Dale City, VA.

On the day of her ride-along, she arrived at the Fire Department not knowing what to expect. The fire department Captain conducted a brief training with her, handed her a vest, a hard hat, and a badge, and the wait for the first call began. They did not have to wait long until the call siren started blaring, and there was a rush for the EMS crew she was assigned to for the day to hurry to their ambulance.

She discovered that there is so much more to emergency medicine than she could have ever imagined— from the excitement of getting a call to the adrenaline flooding her body as they sped down the highway: sirens blaring and lights flashing to the relief as you stabilize a patient before getting to the hospital. For Sasha, this was an extremely educational experience, and it allowed her to see a different aspect of life and medicine that we may not think about. It allowed her to see first-hand the real problems and suffering of people who rely on Emergency Medical Services professionals to save their lives, and the silent look of gratitude and relief on their faces, as she and her crew finished their work with these patients.

This experience encouraged Sasha to start training for an EMT certification this year so that she will be able to pursue a deeper experience with this side of emergency medicine next summer.

Grymes alumni are scattered across the globe, having adventures, starting families, and celebrating milestones. Our alumni magazine, The Grapevine, gives you a glimpse into the current school year along with highlights from the lives of our graduates.
Past Issues